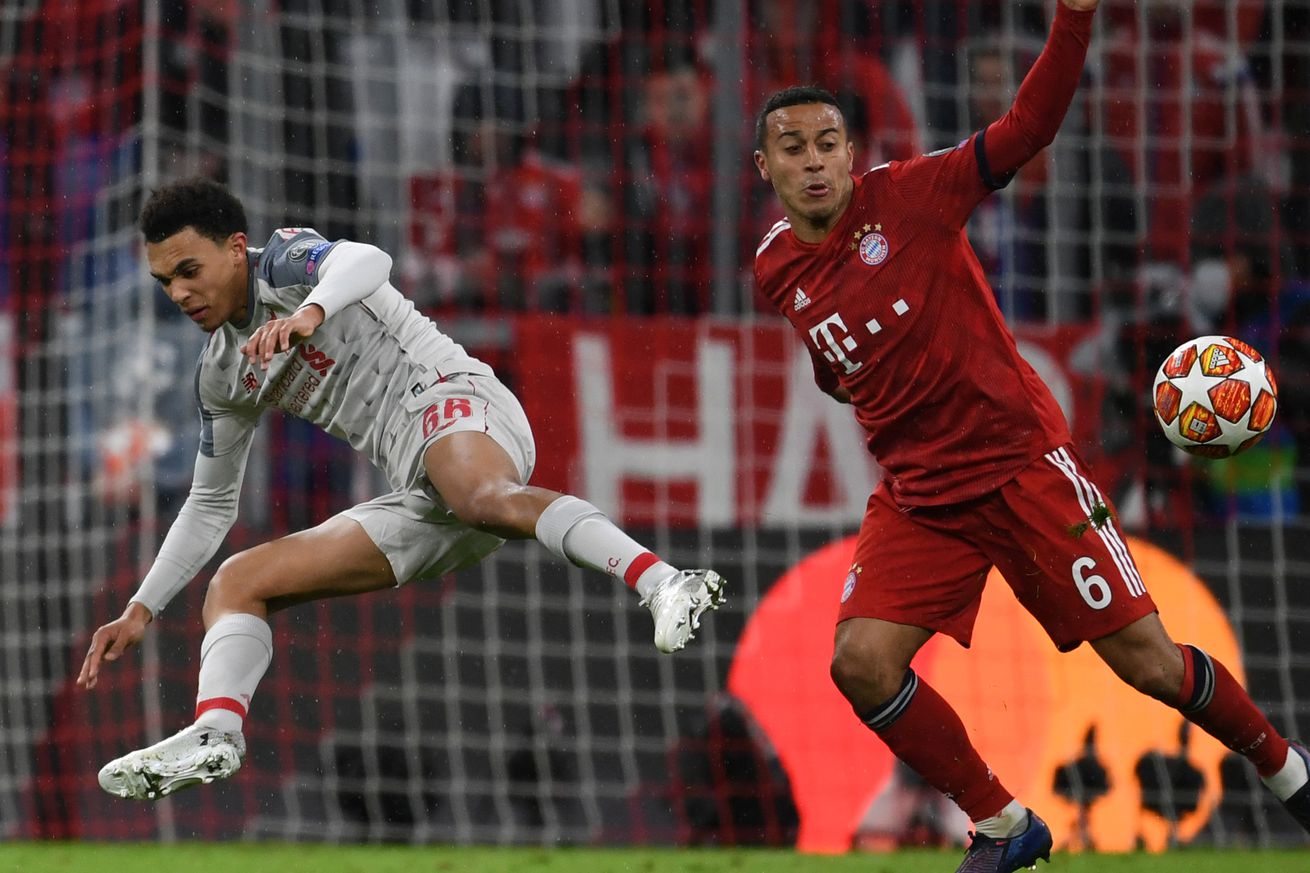 Despite assurances to the contrary from Liverpool Football Club, many pundits and experts out of Germany maintain that the club will, in fact, begin pursuing Bayern Munich midfielder Thiago Alcantara.

The midfielder has made no secret of wanting to leave the Bundesliga, with Liverpool high up on the list of rumoured destinations for the Spanish player.

Speaking with Sky Sports, Germany football pundit Raphael Honigstein insists that the German giants are ‘bracing themselves’ for Liverpool swooping in and beginning talks.

“Bayern are bracing themselves for Liverpool.” @honigstein gives us an update on Thiago’s situation at Bayern Munich when speaking on the latest #TransferTalk podcast – listen to the full show here: https://t.co/Yuun3IqtXS pic.twitter.com/CNW2Q5ePCP

It seems clear that Thiago will be gone in the summer, but there are no firm plans for where he’ll end up. PSG also appear to be in the running for Thiago’s talents.

The combination of Klopp + old rivals Bayern Munich + wantaway star has been irresistible for the press to ignore, despite the fact that the move for a 29-year-old midfielder does not fit the profile for a Liverpool transfer under Klopp.

On August 1st, we are usually nearly done with all of this transfer drama. However, this season, it’s barely even started. Until Thiago’s future is set in stone, be prepared for plenty more rumours connecting him with a move to Merseyside.