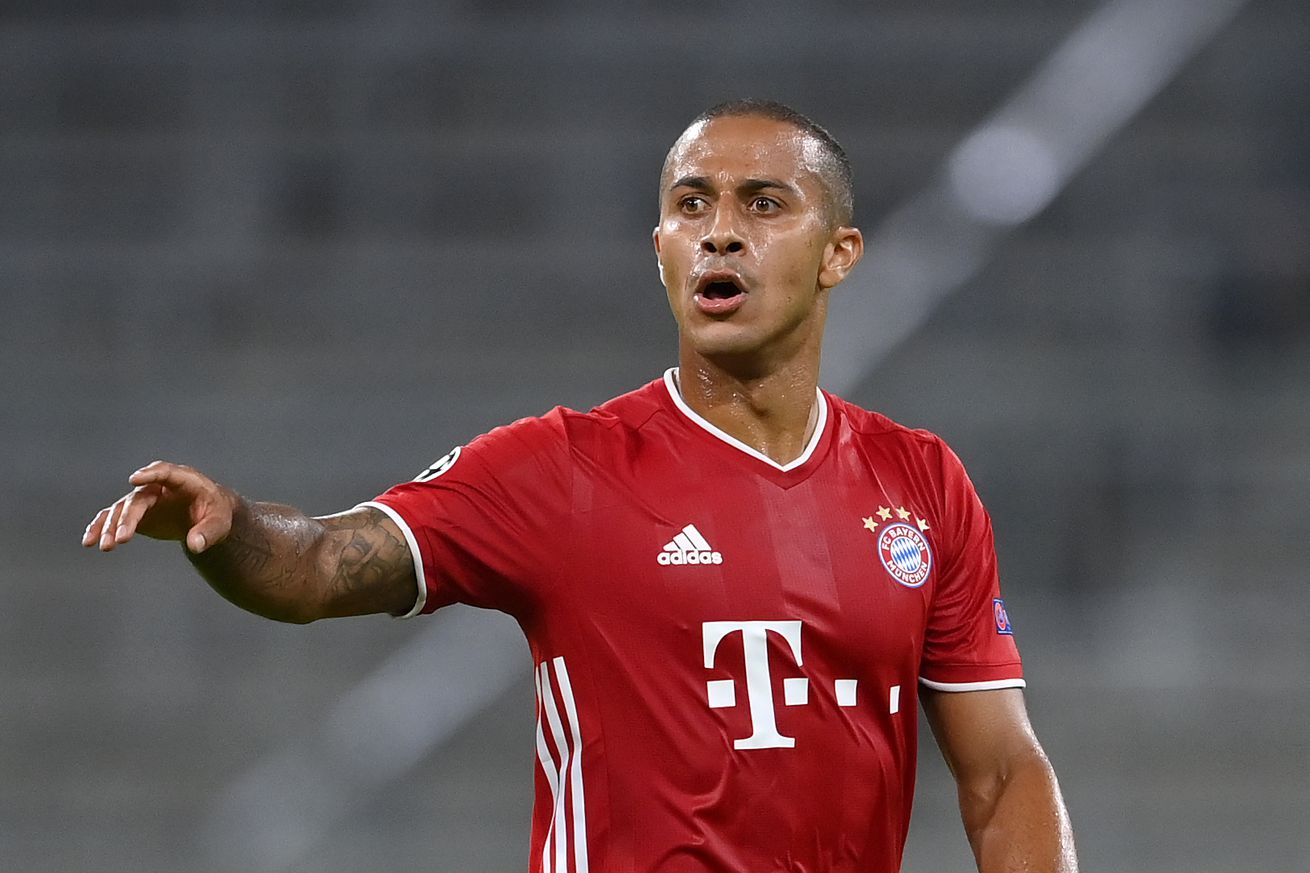 The Bayern Munich player has his sights set on Liverpool.

While it seems that if talks were ever on between Bayern Munich and Liverpool for the transfer for 29-year-old Thiago, they’ve cooled in recent weeks. The Spanish international has one year left on his contract and has made it clear that he’d like to leave Germany this summer.

However, Liverpool are not willing to pay the £27m – £29m it will reportedly cost for his services.

That said, sources have claimed that Thiago had his heart set on playing for the Reds, and that he’s upset that the deal doesn’t appear to be happening. Of course, since Liverpool is the best team on planet Earth, it would be bigger news if Thiago didn’t want to hop on the next train to Melwood tomorrow.

Midfield is the place where Liverpool are the most well-stocked, with the likes of captain Jordan Henderson, vice captain James Milner, Fabinho, Naby Keita, and Georginio Wijnaldum all vying for playing time.

If Klopp deems a player essential to his plans, then the club always seems to find a way to make it happen. Like many a transfer rumour before it in this window, though, this one seems like it might be dead in the water.