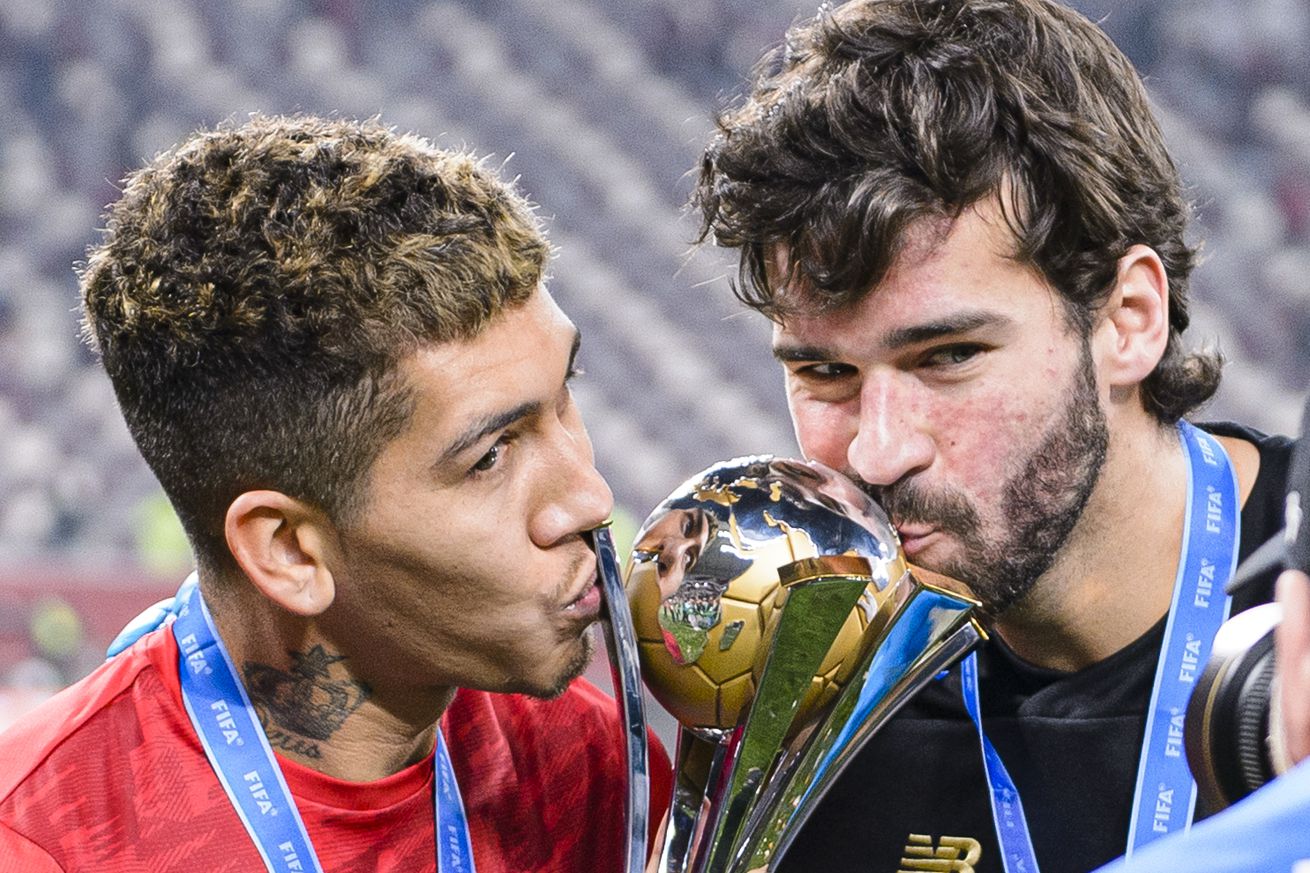 More winning, more silverware, and a conundrum for Jürgen Klopp as Liverpool begin to pull away in the league.

The Reds were flying high in the Premier League and their place in the knockout rounds of the Champions League looked safe, but December posed a new kind of problem for Jürgen Klopp. A problem of fixture congestion, and with nine games in eight weeks, something had to give. But it wouldn’t be Liverpool’s winning ways.

Given the way Liverpool’s games against Everton have tended to go, most fans probably would have expected a close one against their local rivals to kick off the month. Maybe another 2-1, maybe a late goal, maybe something strange in stoppage time. And while Divock Origi certainly did have a role to play here, it was with two first half goals for the Reds. Add in a marker for Xherdan Shaqiri, and Liverpool’s fringe players had all the goals they needed to push past the Blues—though Sadio Mané and Gini Wijnaldum added theirs to the mix for good measure as Liverpool ran rampant in a wild and open match.

With how many games Liverpool had already played, and with how many they would have to play over the holiday season, they would need their depth—would need their fringe players to show their quality. And as they had against Everton, they did again against Bournemouth, with Alex Oxlade-Chamberlain and Naby Keïta getting their names in alongside Mohamed Salah on the scoresheet.

As was the case with Adrian’s key role in Liverpool’s early success—a key role some would start to forget as the season wore on—the contributions of Liverpool’s depth through the busiest part of their schedule and just how important it was to the club’s historic season needs to be highlighted and remembered.

Liverpool were well positioned in the Champions League, but they weren’t entirely safe—a loss against Salzburg could see them leapfrogged, but any other result would do. And so Liverpool did what this Liverpool side did so often this season. They put their heads down and got to work. The game never really felt in doubt, but that was thanks entirely to Liverpool’s drive; their work-rate and application and intelligence.

In an overstuffed month, a match without the need for late heroics or fringe heroes. Just a pair of goals for Mohamed Salah and a routine victory, with the biggest controversy being a VAR decision that ruled Sadio Mané offside by the shoulder stitching of his shirt on a goal that would have made things even more comfortable for the Reds.

What do you do when you’re scheduled to play two games on two continents within 24 hours? The only thing you can, you play the kids in the one that matters less, and that one was clearly the EFL Cup. While Jürgen Klopp and his coaches and the first team headed to Qatar, Neil Critchley and the U23s stayed behind to face a senior Aston Villa side. And the kids accounted themselves well, no matter the lopsided scoreline. They looked technically and tactically solid, like miniature versions of the first team, and for long stretches even outplayed their opponents. But miniature made the difference—Villa were bigger, stronger, faster. At key moments that made just enough of a difference and led to a 5-0 loss that was far harsher than the kids deserved.

The more games you win, the more games you have to play, and winning the club’s sixth European Cup the previous season gave Liverpool the blessing or the curse of a Club World Cup in Qatar, adding two more fixtures to their already busy schedule—as well as a chance to win a unique trophy and play against sides from around the world.

Their first opponents, Liga MX’s Monterrey, made it tough, but a late Roberto Firmino redirect off a seeing-eye low cross from Trent Alexander-Arnold was enough to put the Reds into the final.

That final was just as close as the playoff, with Brazil’s Flamengo savouring their chance to try to upset the best team in Europe, while for Liverpool the story of the night was again Roberto Firmino. He’d put the Reds into the final, and his stellar play through the autumn had at the time had him a frontrunner in Liverpool’s player of the season conversation.

For a time, though, it seemed as though his night would be a story of stellar play but also of frustration in front of goal—of balls bouncing awkwardly and posts hit and chances missed. Then extra time came, and he and his Liverpool teammates still had their legs as Flamengo faded. And, as in the playoff against Monterrey, his strike won the Reds the game. The goal that wins you the Club World Cup is probably worth taking your shirt off for.

With Manchester City struggling to match Liverpool’s consistency in the league and dropping another four points following their loss to the Reds in November, for a brief time all the talk in the football media was about upstarts Leicester. Former Liverpool manager Brendan Rodgers’ Leicester.

The side with, just maybe, the best chance of reigning in the runaway Reds and turning what was shaping up to be a title rout back into a real title race. Of course, it helped for that hopeful narrative that thanks to the Club World Cup, Liverpool had so far played one less game than their opponents. And even then, Leicester went into the game a full ten points behind the Reds.

That was better than they’d leave it after Liverpool, fresh off winning the Club World Cup, put in perhaps their most comprehensive performance of the season. Meanwhile, the next day City would lose another game, continuing to crack under the pressure that Klopp’s side was thriving on.

As when they had played Crystal Palace the month before after beating City, this felt like a chance for a let-down game. Liverpool had just won more silverware, come back to England and hammered the side closest to them, and then City had lost. Instead, Sadio Mané would score on a night Liverpool looked short of their best, and the Reds would dig in and hang on as they so often did, and another three points would be earned.