Swansea City Want Rhian Brewster Back for Another Season 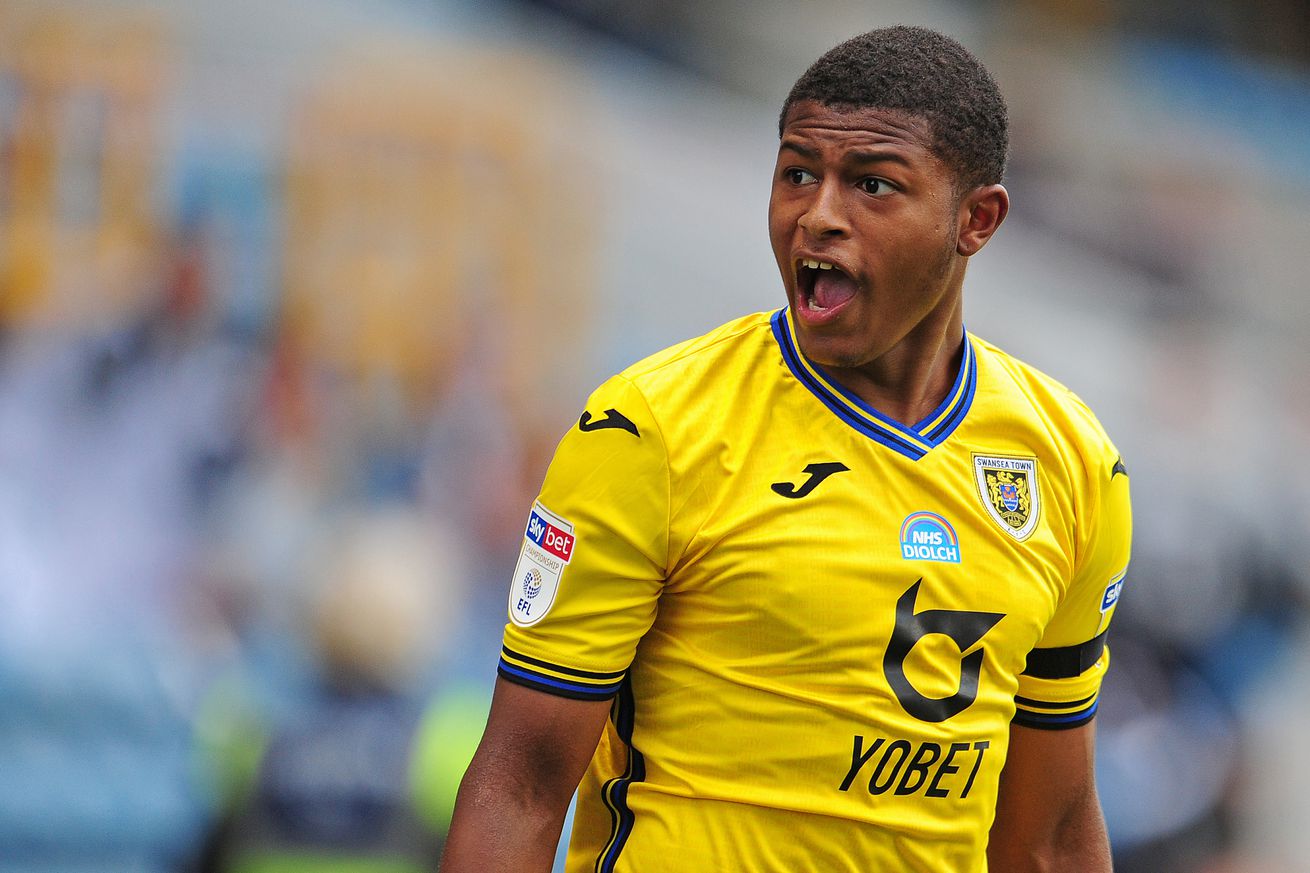 The young striker was clearly a hit at Liberty Stadium but his future likely lies elsewhere.

Rhian Brewster had a spectacular half-season at Swansea on loan, scoring 11 goals for the Championship side after joining up in January and helping to lift them into a playoff place that gave them a chance at promotion.

Now, not at all surprisingly, they want him back for another go, believing that Brewster’s presence for an entire campaign would give them a realistic shot at finishing in the automatic qualifying places next season.

“It goes without saying we’d really like to keep Rhian,” said manager Steve Cooper. “He definitely thrives off the belief we give him. If Liverpool decide to put him out on loan again, we would like to think we will be in the mix to get him.”

Realistically, it’s probably a long shot for Swansea, as with the 20-year-old striker proving he’s more than good enough for the Championship it’s likely Liverpool will want to see him challenged by the Premier League.

In an ideal world, given how well he’s fit in at Swansea and how much they do clearly value him, that would have been with the Welsh side if they had managed to earn promotion. That they didn’t will just about rule out a return.

And in the Premier League, there has been some chatter that Sheffield United could be interested. If they can guarantee minutes, a move there to spend a year honing his trade could greatly aid in Brewster’s development.

Alternately, depending on Liverpool’s offseason, it could be he will be needed at Anfield—though if he does have a chance to play every week elsewhere in the top flight, a loan would likely be better for his development.