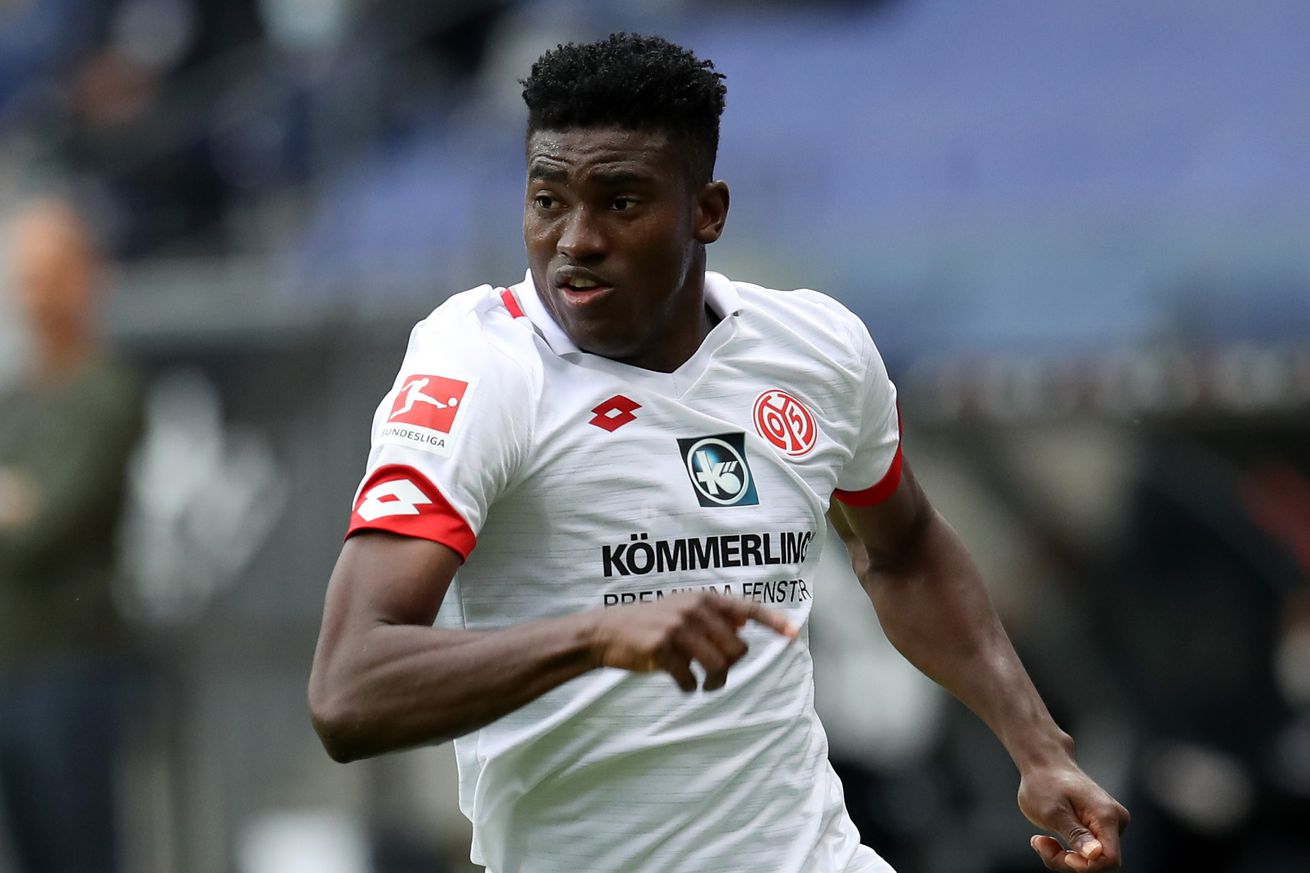 The German side want Taiwo Awoniyi for another season, but the Reds would likely prefer a permanent option.

Taiwo Awoniyi has spent an intriguing if rather less than spectacular season at FSV Mainz, making 12 appearances and playing a little less than 500 total minutes. The intriguing part, though, is that most of that playing time has come in the second half of the season.

And with the 22-year-old Nigerian attacker starting to find his feet in the Bundesliga, word out of Germany today has Mainz approaching Liverpool about the possibility of taking him for a second consecutive season on loan. It’s a prospect with some potential appeal.

Having settled with Mainz, Awoniyi would hopefully be positioned to start regularly in his second year, a boost for both player and the club loaning him in. For the Reds, though, there has been some speculation they would prefer a new permanent home for Awoniyi.

According to Kicker, any permanent deal would be off the table at the moment for Mainz—likely a victim of the coronavirus pandemic—and Liverpool could have a hard time finding a club willing to pay their asking price for a player who remains more promise than proven.

The most likely course, then, could be for the Reds to at least look for a permanent buyer for the young attacker—but if one cannot be found, having a fallback option of sending Awoniyi off to spend a second season with Mainz could make sense for everybody.