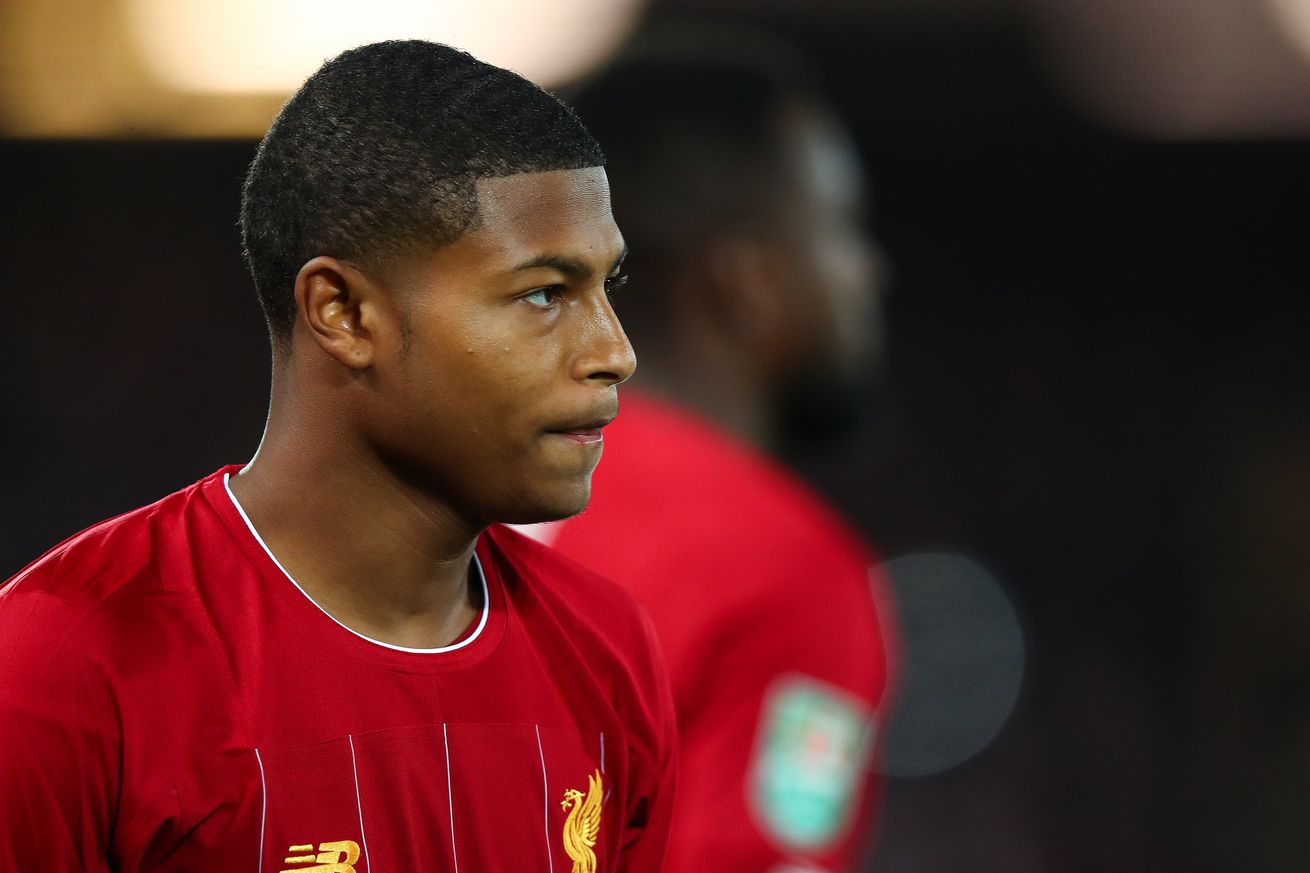 Borussia Dortmund and Monchengladbach are rumoured to be interested in signing Brewster in January.

With Rhian Brewster failing to get the playing time he needs to develop this season at Anfield, recent reports have had the club softening on their stance on sending him out on loan and considering a temporary departure for the 19-year-old in January.

Initially, the rumours had a number of English sides such as Aston Villa and Crystal Palace looking at Brewster as a potential January loan signing. Now, though, the competition is heating up and a number of Bundesliga clubs are sniffing around the player.

Top of the list, at least according to Football Insider, are said to be Borussia Dortmund and Monchengladbach—the later of which tried to woo Brewster when his Liverpool contract was winding down, before Jürgen Klopp convinced the striker to re-up.

At the time, Brewster seemed certain to see action this season, but so far he has only played in the League Cup, and not only does he remain behind obvious first choice Roberto Firmino but also it would appear Divock Origi and Alex Oxlade-Chamberlain.

Brewster by all accounts remains a player the club and Klopp rate highly, and there will be no willingness to entertain a permanent departure for him in January, but the player does need minutes—and it’s hard to see where they come if he sticks around.