Napoli 2, Liverpool 0: Man of the Match 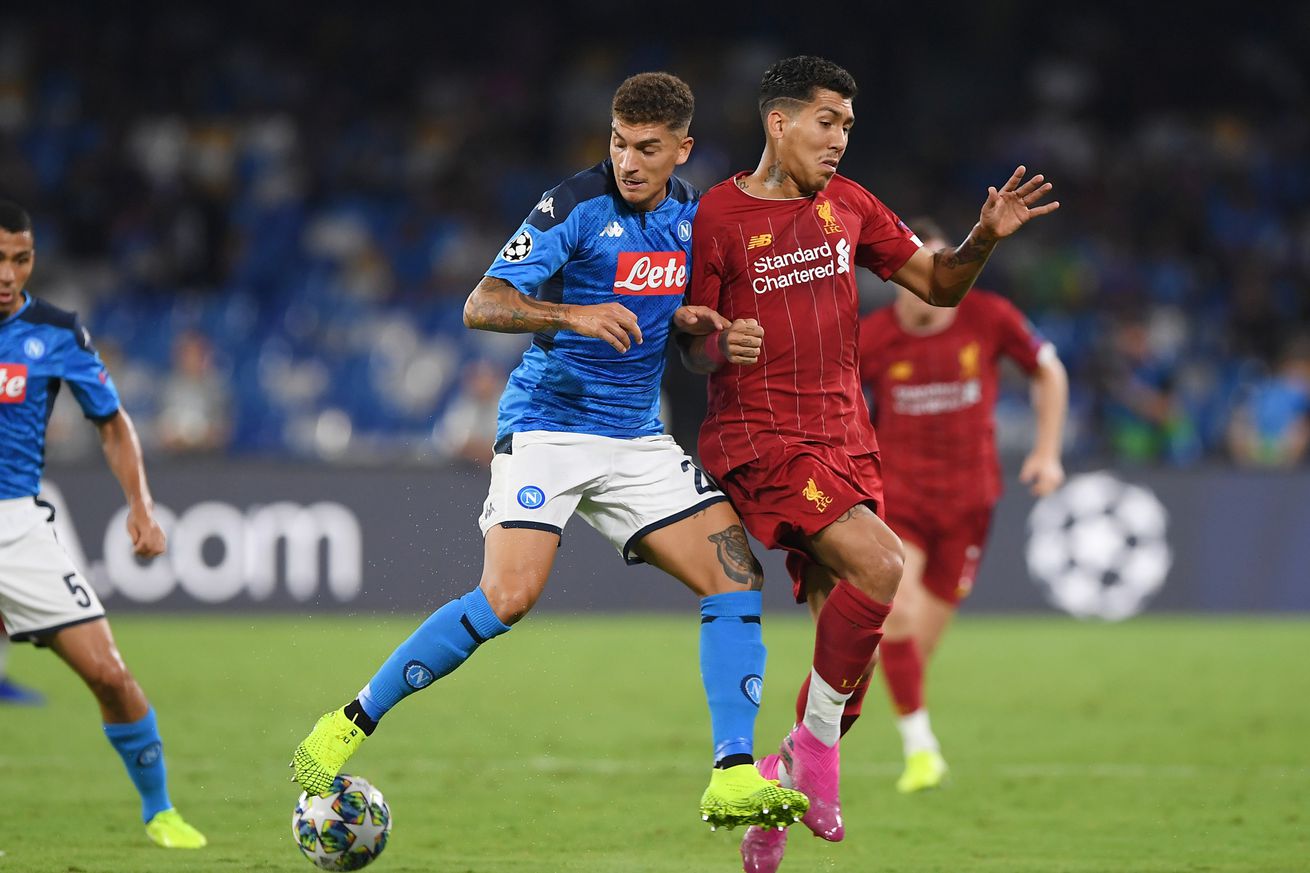 The Reds taste defeat for the first time this season, at what is fast becoming one of their least favoured arenas.

Just as it looked like two of the most potent attacking sides in Europe were about to pull out a scoreless draw, Jose Callejon drew Andrew Robertson into a silly challenge, drew the penalty, and VAR withdrew itself from the conversation entirely. An injury time topper from Fernando Llorente after a Virgil van Dijk mistake made the scoreline look much worse than what took place on the pitch suggested, and there were undoubtedly positives to be had from the match despite the result.

With our favoured polling tool out of service, we’re instead giving you a choice between a few of the players we thought looked best today for the Reds, so make your choice below and vote for who you think should be the man of the match—or take to the comments to let us know that we got it wrong by leaving the real man of the match off the list entirely.

As always, anyone visiting on Apple News or Google AMP who wish to vote and can’t see the poll can make it visible by navigating to the front page of The Liverpool Offside and re-entering the story.