Liverpool’s State Of The Team: Goalkeeper and Defense 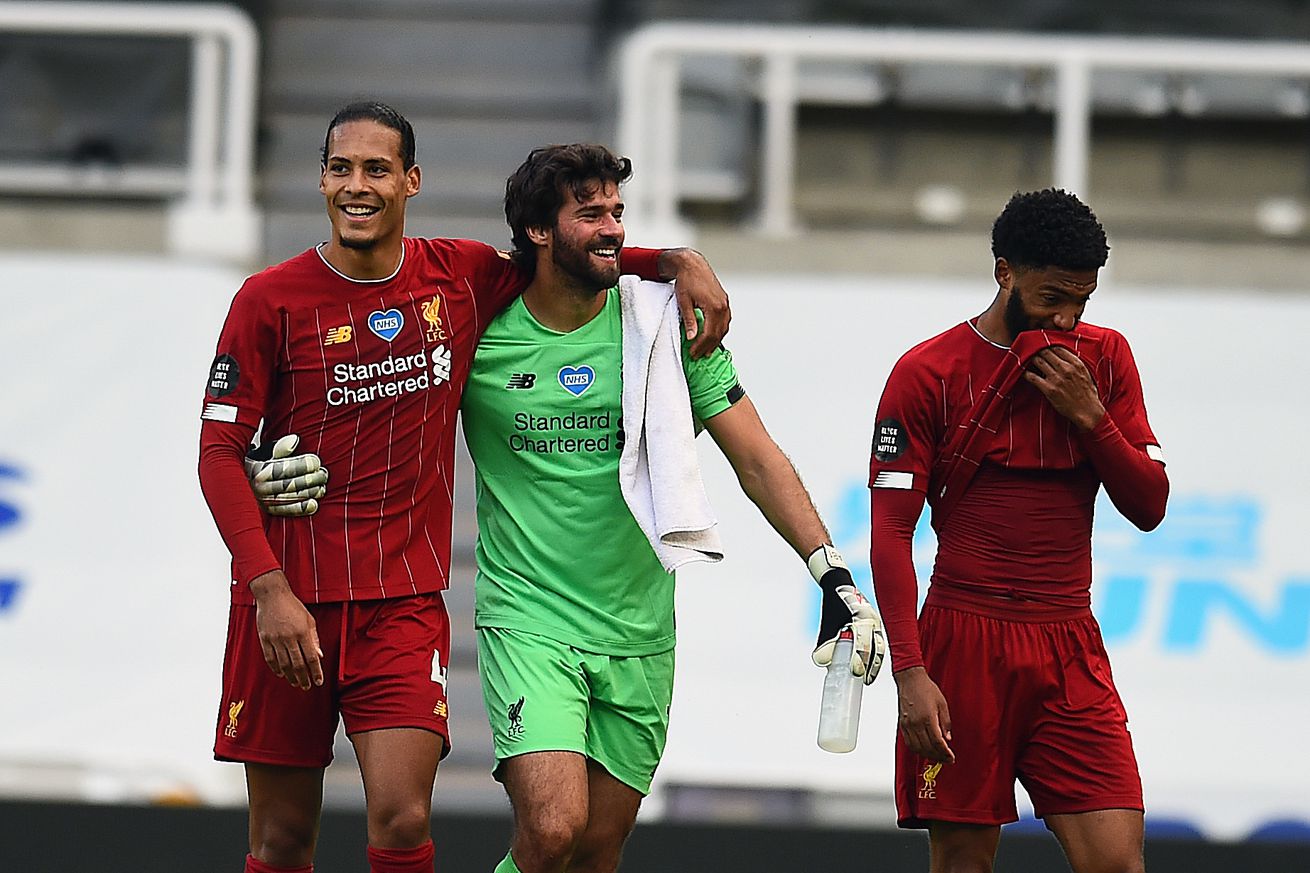 Liverpool have just completed a historic, albeit weird, title-winning season. With the covid-19 pandemic altering schedules and the next season just around the corner, we take stock of each unit, starting with the goalkeepers and defense

Liverpool just recorded the best points total in club history en route to their first Premier League title, and 19th overall league title. With the Covid-19 pandemic causing a three month stoppage during the season just completed, Liverpool will have not time to rest on their laurels as they kick off the season with the FA Community Shield against Arsenal on August 29. Over the course of the next few weeks, we will take a look at the status of each unit on the team starting with the goalkeepers and defense, followed by the midfield, and finishing with the attack.

Liverpool’s title run was anchored by the best defensive unit in the league, boasting arguably the best goalkeeper (Alisson Becker), best defender (Virgil van Dijk), and best right back (Trent Alexander-Arnold) in the world. The unit allowed only 33 goals over the course of the season, an average of 0.87 goals against per game. It wasn’t just that they didn’t give up goals, they suffocated other teams attacks. The defense allowed nine shots per game, but had rarely gave attackers a good sight at goal, giving up fewer than three shots on goal per game. That’s all while playing an aggressively high line.

Let’s take a look at where things stand with the starters and the reserves, and what questions there are heading into next season.

The only real question here is whether Joseph Gomez or Joel Matip will get the starting nod next the Virgil van Dijk. Personally, I think Gomez is the starter. His passing range has improved, and his recovery speed is unreal, especially after multiple major leg injuries. Really, it has just seemed to matter most which of the two is actually healthy to start the season.

Other than that, this is about as settled a unit as you could get, and there isn’t much that could be done to strengthen this group.

I really wish there was a goalkeeper cam. Alisson rarely makes highlight reel saves, but that is because his footwork and ability to read the game are second to none. He almost always puts himself in the optimal position to make high percentage saves, and has quick reflexes to snuff out just about anything that comes his way. Along with his footwork, another underrated aspect of Alisson’s game is his ability to hold shots or parry out of danger. He rarely lets anything leak back out to onrushing attackers. At 27 years of age, the Brazilian should be just entering his prime.

The defensive line ahead of Alisson is anchored by the Dutch colossus, Virgil van Dijk and one of aforementioned Gomez or Matip. The outside backs, Trent Alexander-Arnold and Andrew Robertson, manage to generate a massive amount of Liverpool’s chances on the attacking end. The duo combined for a staggering 25 assists in the league this season. Trent is a generational talent, and the biggest question is whether he stays at right back for the rest of his career. With the way Liverpool play under Jurgen Klopp, he’s not likely to move from his right back spot any time.

All of the starters are under contract for at least a couple more seasons, and all seem settled and happy. Funny how winning a Champions League title followed by a Premier League title will do that.

On the goalkeeping side, Adrian San Miguel ended up having a larger role than expected as Alisson spent chunks of time on the sidelines with injuries and a red card suspension. While Adrian is no Alisson, he’s still one of the best back up keepers in the league, and acquitted himself well for the most part. Besides stepping in and stepping up when called on, Adrian just seems like a genuinely great person, and a wonderful locker room presence. Adrian is under contract for another season, and should provide adequate cover for cup matches.

On the defensive line, Liverpool will likely be looking for a fourth centerback after Dejan Lovren took his talents to Zenit Saint Petersburg. Ki-Jana Hoever and Sepp van den Berg both probably need another year or two in the reserves before being considered for a regular bench role. Nathaniel Phillips struggled to hold down a regular starting role for VFB Stuttgart in 2. Bundesliga, but could be considered for depth if there isn’t a value buy available.

Things look a little more grim when talking about fullbacks. Neco Williams has shown he can step into the right back role in a pinch. The youngster can deliver the ball with similar accuracy and venom as his slightly older mentor, Trent Alexander-Arnold, but still needs to work on his positional awareness and decision making. Williams looks to have earned himself a bench role heading into next season, especially of the bench is expanded like the end of this past season. On the opposite flank, there isn’t any natural left back cover. Hopefully, there is a plan to bring someone in to spell Robbo every now and again.

What To Watch For In The Transfer Market

As mentioned, Liverpool will likely be in the market for a back up left back, and a fourth centerback. The question becomes whether it is one player who can play both spots, or two separate players.

A couple of names have been bandied about. Lloyd Kelly, from the recently relegated Bournemouth, could provide cover at both left back and centerback. Jamal Lewis, from the also relegated Norwich, is another left back who might be on the radar.

For the outgoing side, Loris Karius is technically back as a Liverpool player, but the club is actively looking for a permanent home for the German keeper. Young left back, Yasser Larouci, wants to leave the club in search of first team minutes. Leeds is reportedly interested.

Who do you think earns the starting nod next to Virgil, Gomez or Matip? Do you think Liverpool FINALLY get a left back to spell Robbo every once in a blue moon?