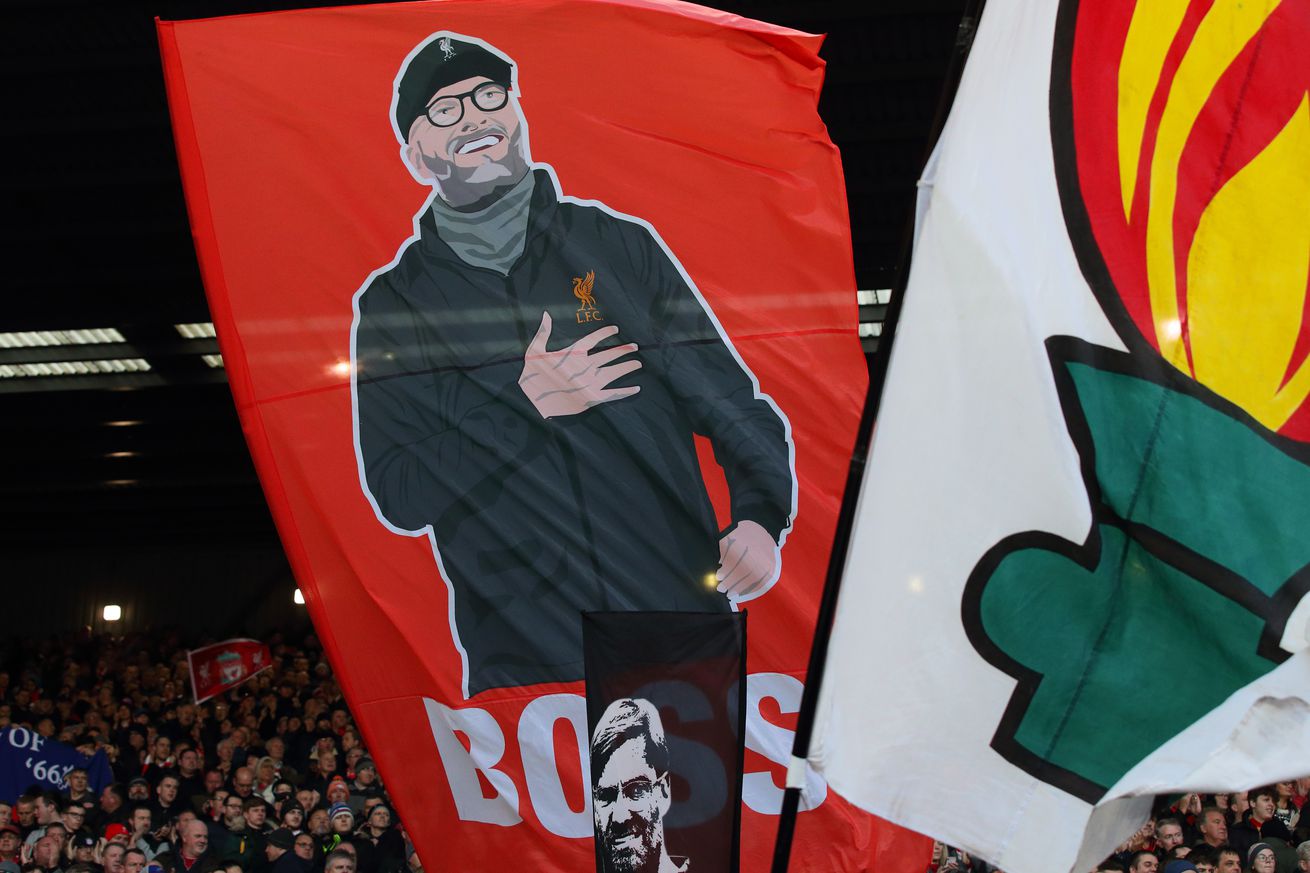 It would be the quickest to the century mark for any Liverpool manager.

The Merseyside Derby is always a special occasion, even if Liverpool’s rivals across the park have had a few down…decades. Liverpool and Jurgen Klopp can make it an even more special occasion with a win tonight, which would take the boss to 100 league victories.

If Liverpool do the business tonight, Klopp will reach that century threshold of top-flight league victories faster than any other manage to roam the touchlines at Anfield. The current record holder, Sir Kenny Dalglish, reached 100 wins in 167 matches. When the whistle blows tonight, it will be Klopp’s 159th match. Impressive.

If Klopp fails to get all three points tonight, he will still almost certainly break the record, considering current form and the upcoming matches against other midtable or relegation battlers.

Still, it would be nice to reach that century mark on such an occasion as tonight.

It’s easy to laugh about it now, but we are not too far removed from unjust comparisons between Brendan Rodgers and Klopp after X number of matches played. Whereas the former produced a flash-in-the-pan outstanding season and a half, Klopp has shown steady improvement since his first match against Tottenham.

Of course, Rodgers is showing that he’s a better manager than the critics—and even Liverpool supporters—gave him credit for. It also makes Klopp’s accomplishments even more impressive, as he was able to transform the squad he inherited, and make it not just a title contender for one season, but over multiple seasons, and on multiple fronts.

Let’s hope for a big win for Klopp tonight, and for those old records to keep breaking along the way.