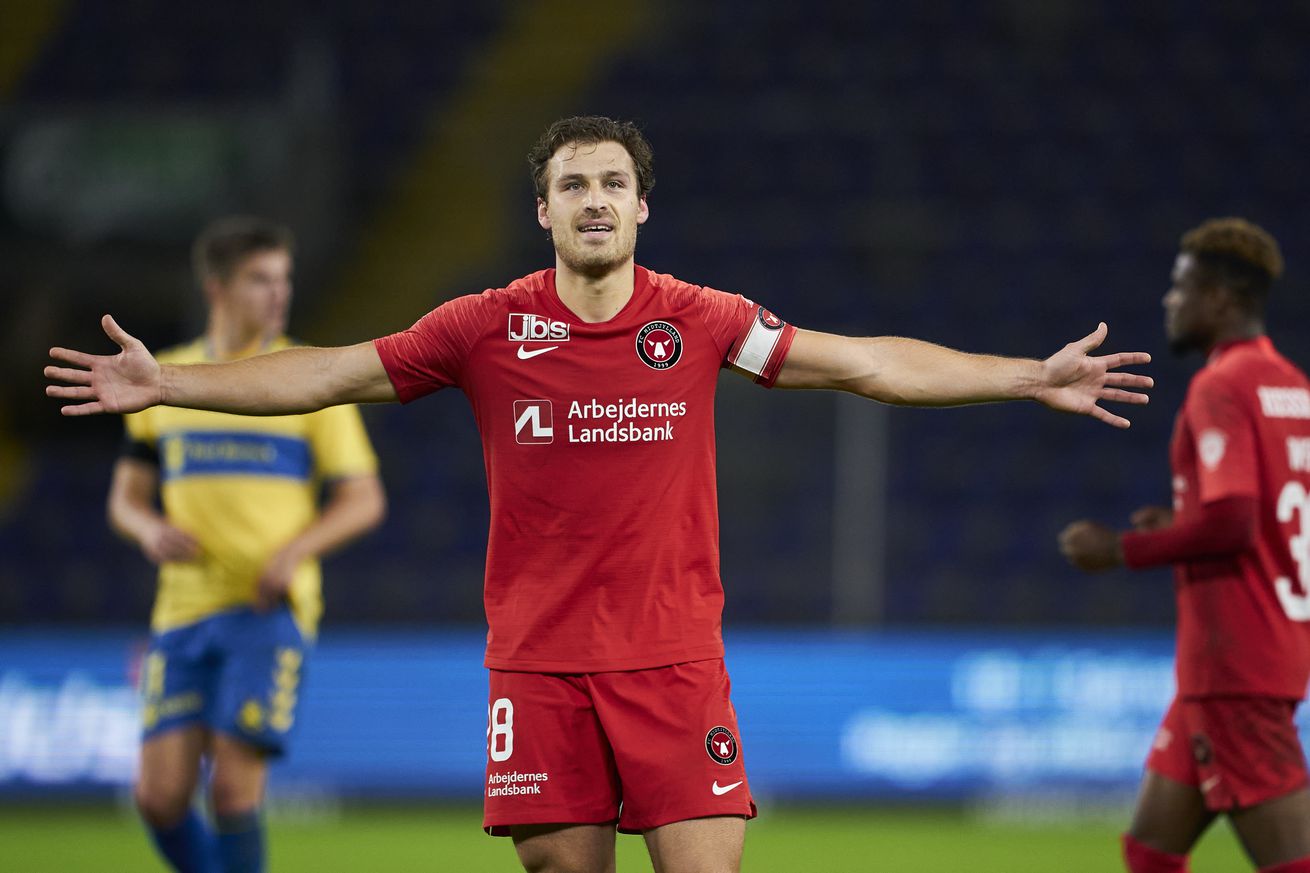 Liverpool face off against Danish champions FC Midtjylland in the second match of Group D. Let’s learn more about the Wolves.

Herning, Denmark—the small town smack dab in the middle of Jutland (mid-Jutland, Midtjylland)—is a pretty unassuming place. Certainly not the type of place from which you’d expect a Champions League football team to hail.

I know, because I live here.

I have bartended for these players. I’ve bumped into these players countless times around town. I’ve even studied Danish with the parents of one of the players (hiya to Mr. and Mrs. Cajuste, if you’re reading).

When FCM not only qualified for the Champions League, but drew Liverpool, my mind practically exploded. Up is down. Black is white. Dogs and cats living together. Mass hysteria.

But here we are. FCM, the Wolves, in the Champions League. Playing Liverpool. In a pandemic when no one can watch them. No, nothing makes sense, these days.

The club was only founded in 1999, after a merger of local Danish second division rivals Ikast FS and Herning Fremad. Herning, I must reiterate, is tiny: around 50,000 people. And Ikast is even smaller (~15,000). Neither Herning not Ikast had a history of success. Oh, they had history—with the former dating back to 1918, and the latter to 1935—but neither had earned promotion to the top flight of Danish football. Ikast’s biggest claim to fame had been three trips to the Pokal (domestic cup) final in the 1970’s and 80’s.

Something had to change. And something did, when the two sides joined forces in 1999. They were immediately promoted to the top division (Superliga) in 2000, having earned a record points tally along the way. And have remained there ever since.

From the off, the owners have tried to level the playing field with their wealthier domestic rivals (primarily FC Copenhagen). In 2004, they were the first Danish side to create their own academy. They also formed a partnership with Nigerian club FC Ebedei, which a) gives FCM a much more diverse team than one would expect for a club from Farm Country, Denmark, and b) gives racist rival fans an excuse to express their racism, labeling FCM “FC Africa.” Charming.

In 2008 they started employing the one and only Thomas Gronnemark. The upshot of all of this is that they are invested in finding and creating talented footballers, competing for domestic titles—which have finally started to come in recent years—and hopefully selling on a few of their most talented prospects for a profit.

The Wolves’ primary colors are red and black. Their home kits are generally solid black with red accents, but for European competitions they usually switch to solid red at home. This is reportedly because of a fondness for Liverpool by one of the owners. Good taste. However, this year FCM have gone with a fantastic all-white strip for their home Champions League matches.

In 2014/15, FCM won their first Danish title. Since then they’ve won two more titles, in 2017/18 and 2019/20. Three titles in six years is not a bad haul in most leagues, and especially not in a league that has been dominated by FC Copenhagen over the last couple of decades.

And in 2018/19, the Wolves defeated Daniel Agger’s old club, Brøndby, to win their first Danish Cup.

FCM have a long history of trying and failing to qualify for Europe, especially once the UEFA Cup became the Europa League (and thereby changed formats). It’s really not easy for a Danish team to qualify!

Their only other time in Europe (other than fruitless qualifying rounds!) was in 2015/16. They managed to defeat Southampton in the Europa League playoff before the group stages. They finished second in the group to Napoli, ahead of Club Brugge and Legia Warsaw. The Wolves managed a shock upset of Manchester United in the home leg of the Round of 32, and were actually in the match until the 75th minute of the return leg, when 3 late goals ended their run.

To qualify for this year’s Champions League, FCM had to see off Ludogorets (1-0), Young Boys (3-0), and Slavia Prague (4-1 on aggregate). It’s an impressive feat just to qualify, even if the Europa League is probably more “their speed.”

So, there you have it!

Obviously on a personal level I’m gutted. Herning might be small, but we would have made excellent hosts for our Dutch, Italian, and Scouse visitors. Case in point:

We also hired a bagpipe-player to greet you when you get into the ground @RangersFC #FCMRangers pic.twitter.com/bpEmkqJu8x

Don’t ask me how they found a bagpiper in Denmark.