Klopp Talk: Liverpool Must “Be Positive and Brave” Against Everton 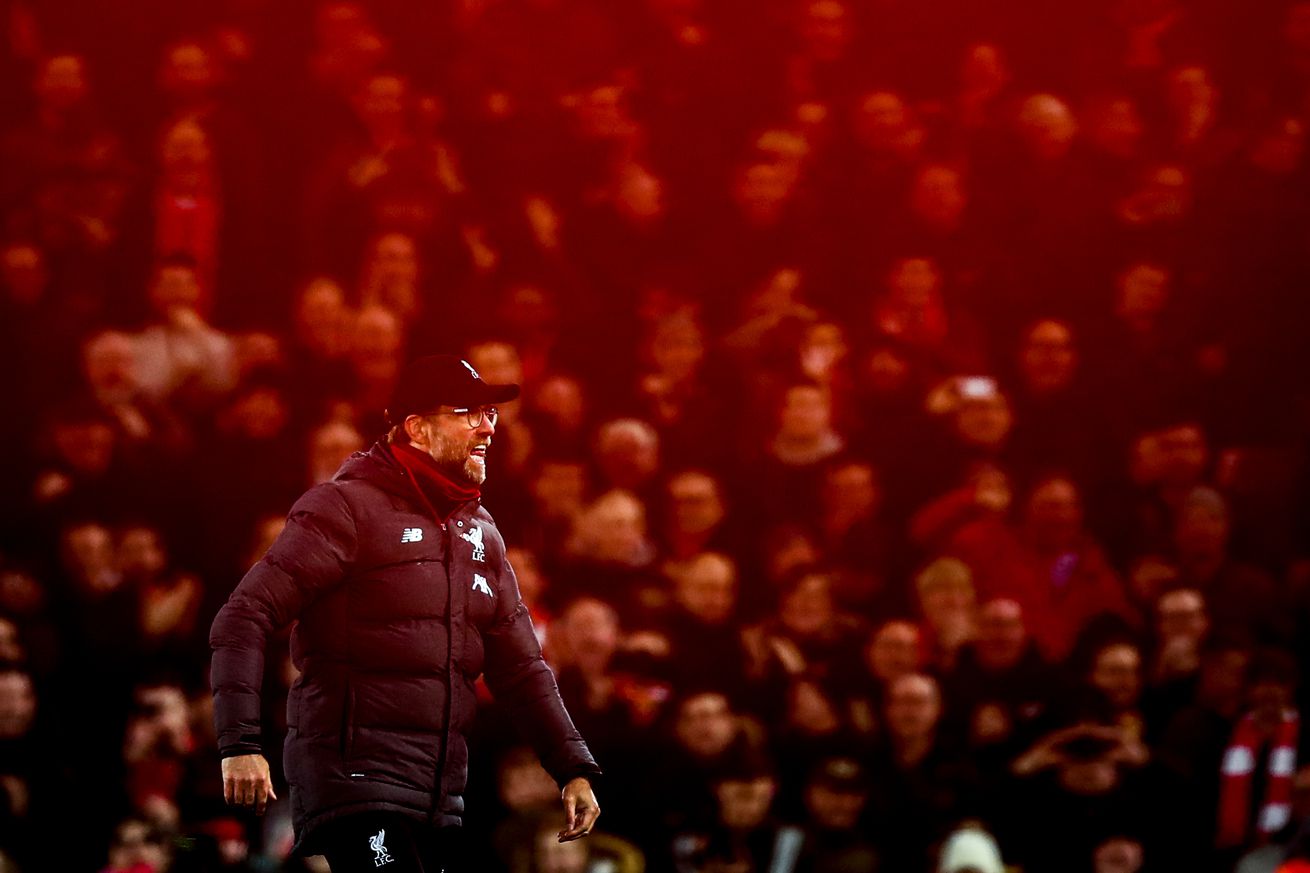 Jürgen Klopp has called on his entire squad to raise the level of their game—tonight and moving forward.

We may not know exactly who it is that Liverpool manager Jürgen Klopp will send out tonight to face Everton, at least not quite yet, but it wouldn’t be a shock to see a few lesser used names pushing their way into the starting eleven—and if not tonight, then soon.

With nine matches for Liverpool in December, the German motivator used his space in the matchday programme ahead of tonight’s derby to talk up his need for all of the players in his squad to do their part and pull their weight over the very busy month to come.

“I have never wavered from my belief that you can only be successful if you have a squad of players all of who recognise their importance and value,” the manager noted. “We are in the period now where every minute on the pitch of each player is just so valuable to us.

“If any member of our squad lessens their contribution by even the smallest of percentage, for the shortest amount of time, we will achieve nothing. I see the influence that all of our players have on what we do, and I have total belief the contribution of the entire squad.”

And tonight more than most even there will be a need for whichever players Klopp calls on to run, to work, to press and to harry the opposition—to raise their level of aggression and intensity against their city rivals, but to do so in a way that doesn’t see them lose control.

“These contests are about aggression and intensity,” he added. “But by aggression I mean the positive aspect of it, not the negative. It’s about being aggressive in your intent to be positive and brave. Be aggressive in the amount of yourself you will give to get the result.

“I hate the idea it’s about physical aggression aimed at an opponent. There are so many positive ways to demonstrate intensity. Run harder than you normally would, be more concentrated, sacrifice more for the team, channel emotions for the good of the group.

“You enjoy occasions like these, in a team context, when you make them about what the collective can achieve together.”