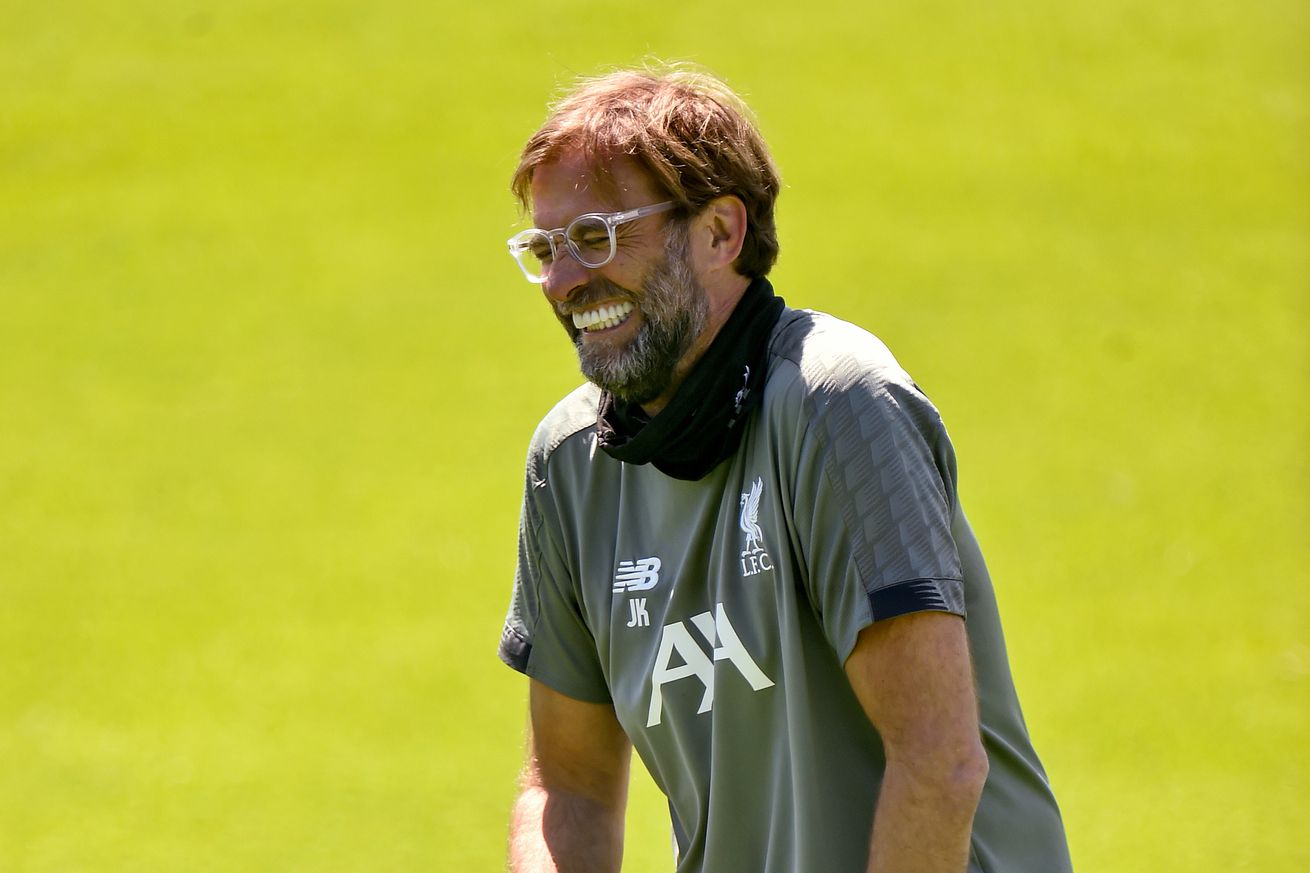 The manager is feeling confident that any attempt to send Liverpool to neutral grounds will be thwarted.

In the wake of South Yorkshire’s deputy chief constable declaring on Friday his intent to force Liverpool matches into neutral grounds, Merseyside police were quick to respond with their support for Everton and Liverpool continuing to play all their scheduled home matches at Goodison Park and Anfield.

Then later in an interview on beIN Sports, Jürgen Klopp professed confidence that the club along with the city of Liverpool can overcome such a scheme.

“The situation will change our celebrations obviously as well but the stadium, we didn’t hear that yet,” said Klopp.

“I heard that there is still talk about it, I’m pretty sure that we can solve the situation here as well in Liverpool.”

When Liverpool finally do win the Premier League we won’t have the grand, emotional scenes between supporters and the team. The players and their families. Jürgen and Ulla. But we’ve known that. And Klopp says he and the team have mentally dealt with that fact already.

The manager went on to explain that the day Liverpool win the title will be special no matter the environment because the team will be together and there will be no end to the elated messages he and the boys will receive from friends and Liverpool supporters all over the world.

Then sometime in the future, with social distancing behind us perhaps, the party is going to absolutely kick off.

“In the moment for me, whenever it will be, in an empty stadium blah, blah, blah, with all the thoughts and prayers and love from the people all around the world it will still be an absolutely exceptional day in my life.

“Yes it’s not going to be perfect but we knew for a while it would not be perfect so we are already used to that. We just want to have it and then we will see how it feels.

“I am pretty sure it will feel pretty good. Absolutely. Usually you have a 50 per cent chance if you become champion that you will not become champion in your own stadium.

“Who cares? That’s really not too important, we just want to be together in that moment and we will see how much close contact is allowed until then and we will use each inch of that for sure, but only if it’s allowed.

“Then there will be a moment in our life when we have time and the opportunity and it’s allowed to celebrate together then we will have a moment, and we will celebrate it in the right manner. Whenever that will be, then we decide how much we enjoy it then.”