Jürgen Klopp on the Best Feeling for a Manager, After Everton Win 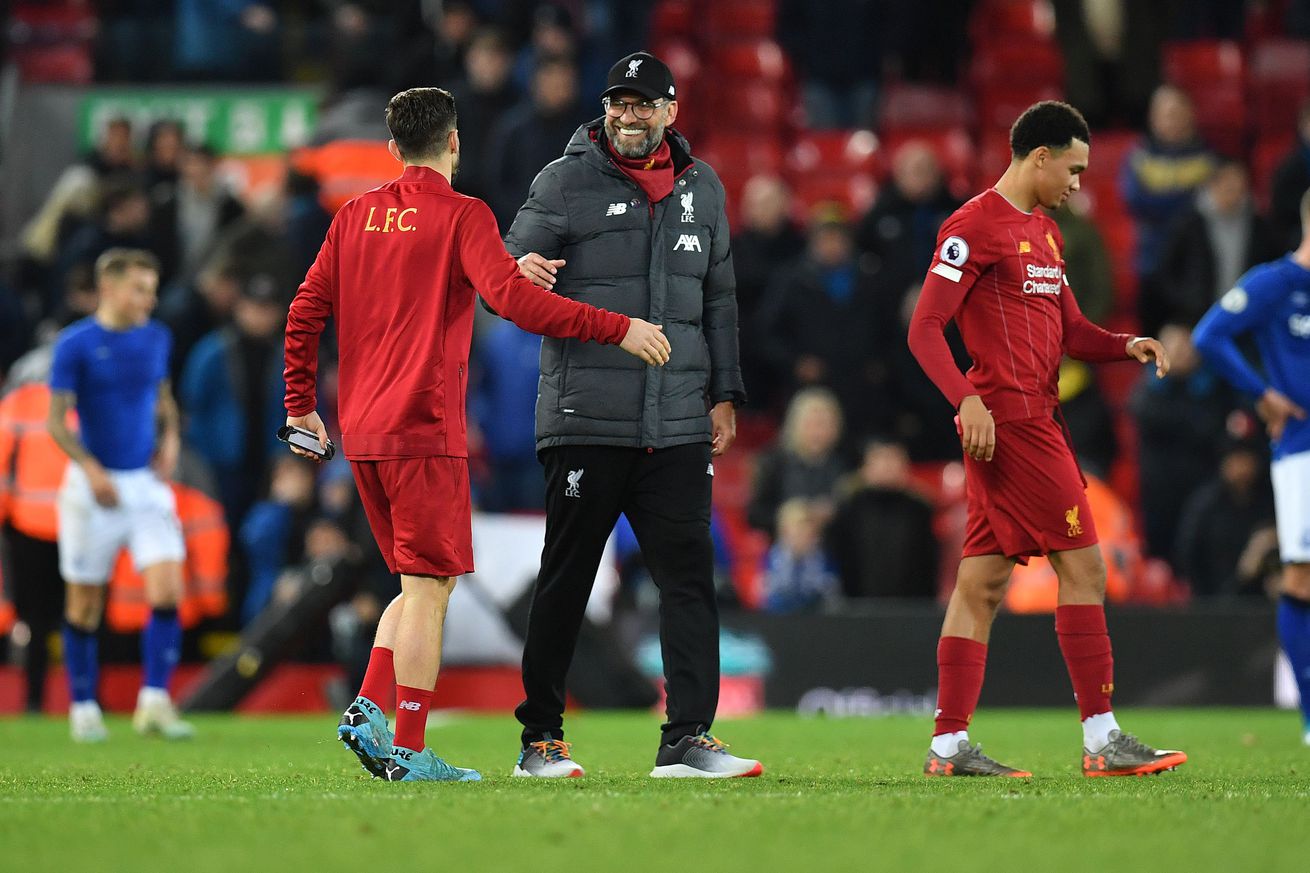 The Liverpool boss was delighted with the depth of prowess in his squad shown against Everton.

Jürgen Klopp’s heavy squad changes for the Merseyside derby proved again that Liverpool have quality in depth. Sat on the bench at Anfield were Mohamed Salah, Roberto Firmino, and Jordan Henderson. No Fabinho. No Alisson.

Onto the pitch ran Divock Origi, Xherdan Shaqiri, and Adam Lallana. Vibrant emotions among supporters greyed a little when the team sheets were released. Everton haven’t been good but it seemed risky of the manager to leave out so many of his reliable players.

But then suddenly the exclusion of regular faces mattered not. The team started sharply and were soon enough a goal up thanks to a combination between Origi and Sadio Mané. Origi had clearly intended to reign down more terror on Everton. He scored two, his second is another memorable finish starting with an incredible ball over the top from Dejan Lovren.

Mané also combined with Shaqiri who we know likes a big occasion. Shaqiri finished expertly passed Jordan Pickford to make it 2-0. Lallana was also solid going forward. All three of the manager’s less-seen players were very good. A special mention here for Adrian who was also good filling in for Alisson but we weren’t really worried about him.

Meanwhile Klopp’s bench held even more dangerous players. Alex Oxlade-Chamberlain was there. So too were Joe Gomez and Naby Keita. The us of ten years ago would be so jealous.

After the match, Klopp was more than pleased for his squad and positively elated for the quality he has throughout it.

“When the boys deliver like they did tonight it’s just the best, the best feeling you can get as a manager actually, that it worked out like that,” said Klopp.

“It didn’t surprise me but I didn’t expect it.

“It was really good. It helped us, not only with the three points but of course that we could make the changes, that the boys know now—because it’s easy for me to tell them often—how good they are.

“If they don’t play it’s not too easy for them to understand what I say. But if they play and deliver like they did tonight it’s a very important sign for the whole squad.”