Jordan Henderson: We Can Do Better 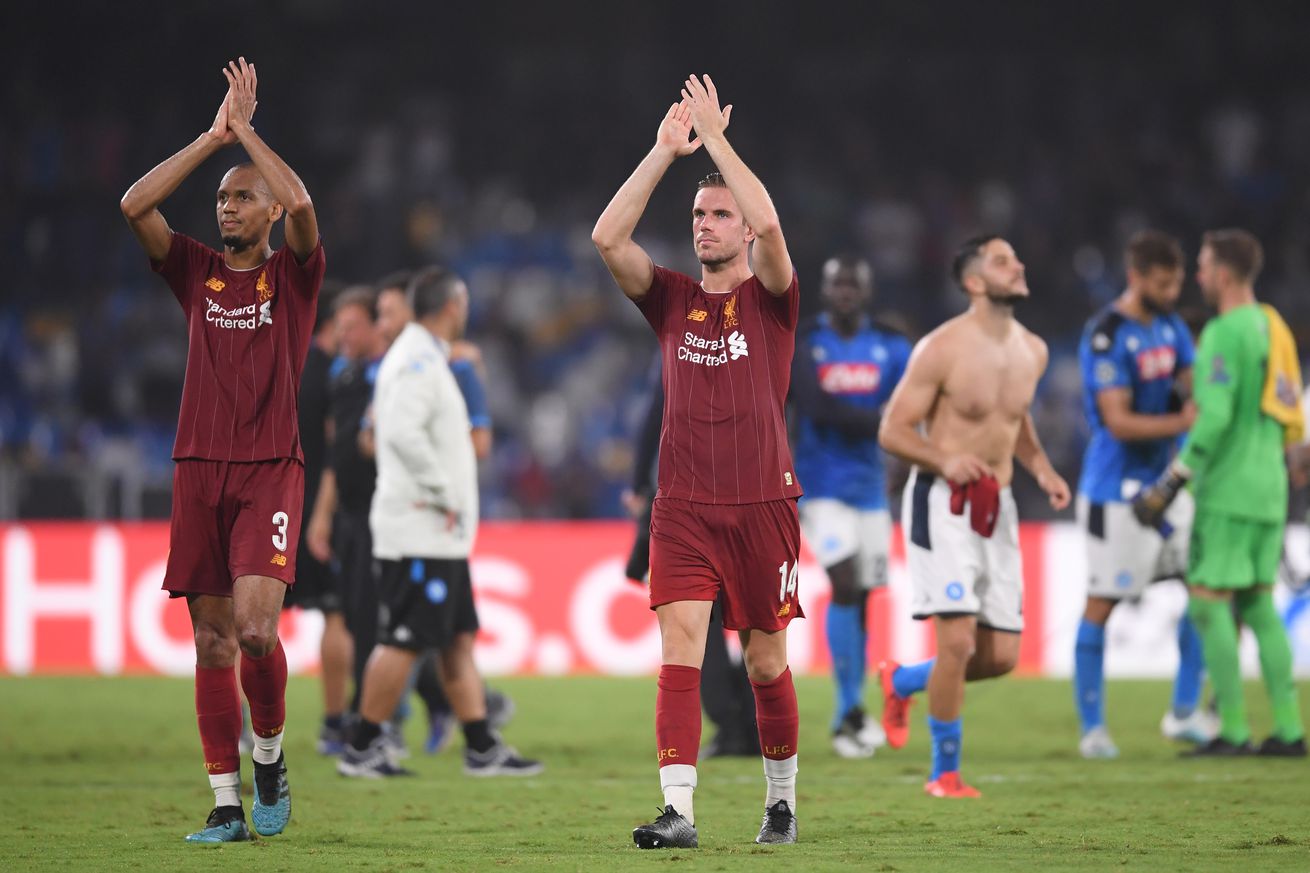 The captain talks about Liverpool’s disappointing first loss in the Champions League.

Stadio San Paolo is becoming a bit of a nightmare place for Liverpool to visit. The last two seasons, the Reds have lost there in the group stages of the Champions League. Despite putting in a solid performance, Liverpool fell behind late in the game thanks to a dubious penalty awarded to Napoli.

Jordan Henderson believes that this performance shows that the team still has room for improvement, despite the otherwise excellent start to their season.

“I felt we played some good stuff, it was just the final bit I felt we were missing today,” he told BT Sport.

“At home Napoli are a good side and they are going to create some good chances. You’ve got to be prepared to defend as a team, which I felt we did.

“We won some great balls in midfield and counter-attacked really well, but it was just that last little bit – and obviously the mistakes for the goals – that we need to improve on.

“Overall, we can be better of course. We’ll take responsibility, we’ll move forward and try to react in the right way.”

They’ll need to bounce back quickly, since they travel to Stamford Bridge to take on Chelsea in the league on Sunday. No one wanted Liverpool’s Champions League campaign to start this way, but there is a long way to go in the group stages. This is a setback, but not one that needs to be fatal, assuming the team can return to winning ways.