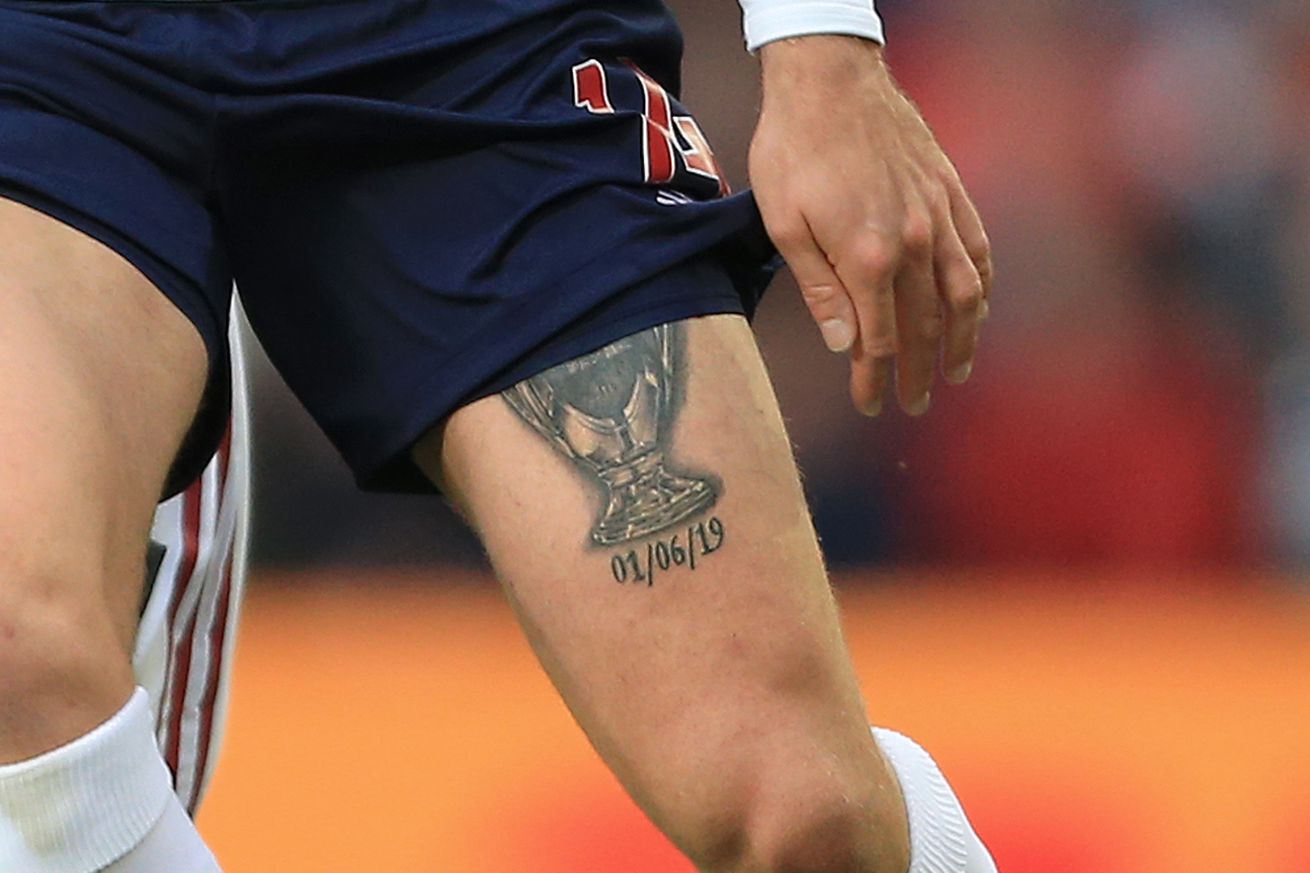 Strong unbearable vibes from the captain. Well in.

Jordan Henderson, captain of Liverpool Football Club, followed up a phenomenal 2018/19 season with an even better 2019/20 campaign.

It would have been easy for Hendo to rest on his laurels, having proven the haters wrong by joining other great Liverpool captains by lifting the European Cup. Instead, he helped lead Liverpool to three more trophies, including the one that we’ve wanted the most and for the longest: the Premier League title. In doing so, he’s on the shortlist of candidates for PFA Players of the Year.

He celebrated his Champions League title with a large tattoo of the iconic trophy on his left thigh. Is there a Premier League trophy tattoo in his near future? Seems likely.

“A few of the lads have mentioned that to be fair,” Henderson told Mel Reddy for The Independent.

“So I don’t think I can let them down, but we’ll have to wait and see.”

It shouldn’t come as a surprise that Andy Robertson was immediately heaping on the peer pressure for the skipper to get a tattoo on his naked right thigh. I love this team.

So, go ahead and get your tattoo, Hendo. You deserve it.