Community Shield Reportedly to Be Played Behind Closed Doors 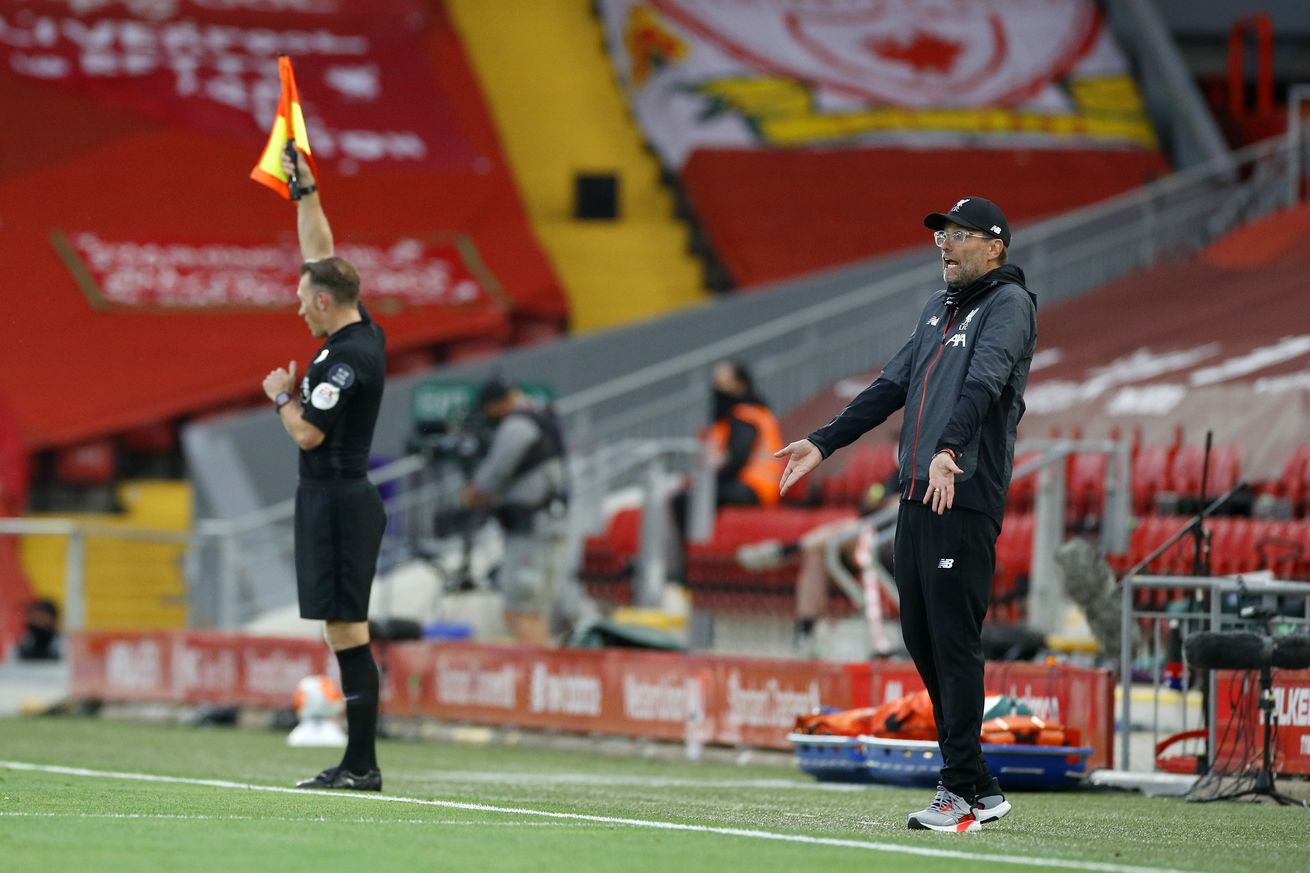 Despite some optimistic noises around it, it seems as if plans to play in front of a smaller crowd will be abandoned.

The Daily Mail are reporting that plans to allow a limited number spectators in Wembley to watch Liverpool vs. Arsenal for the Community Shield have been scrapped.

Some optimistic voices—based more on their own desires to see a return to some semblance of normalcy and not based on the current state of the pandemic—were hopeful that Wembley could be up to one-quarter full for the traditional season opener. Given Wembley’s impressive size, it would mean up to 22,500 spectators would have been able to watch.

However, it seems as if common sense has prevailed.

“But even if [the government] permit pilot events, the FA believe there will be insufficient time to organise an event of that scale,” the report states.

“In addition to the complexity of sorting out ticketing and security, the cost of allowing just a few thousand fans to attend the game at Wembley is understood to be prohibitive.”

OK, I take that back. Money has prevailed. Logistics gets the silver, and common sense/public safety split the bronze. Either way, it’s a win for public safety.

From what we’ve learned about COVID-19, simply being in the outdoor stadium—especially if wearing a mask and sitting 2+ meters apart—does not pose the biggest risk. However, travel to and from the stadium, especially on public transportation, does. And this is without considering the countless other opportunities to spread the virus before, during, and after the match.

Although some leagues have experimented with letting a small number of fans into stadiums, the best way forward is probably to continue playing matches behind closed doors, and encouraging fans to cheer on their teams from home. At least until there’s a vaccine.