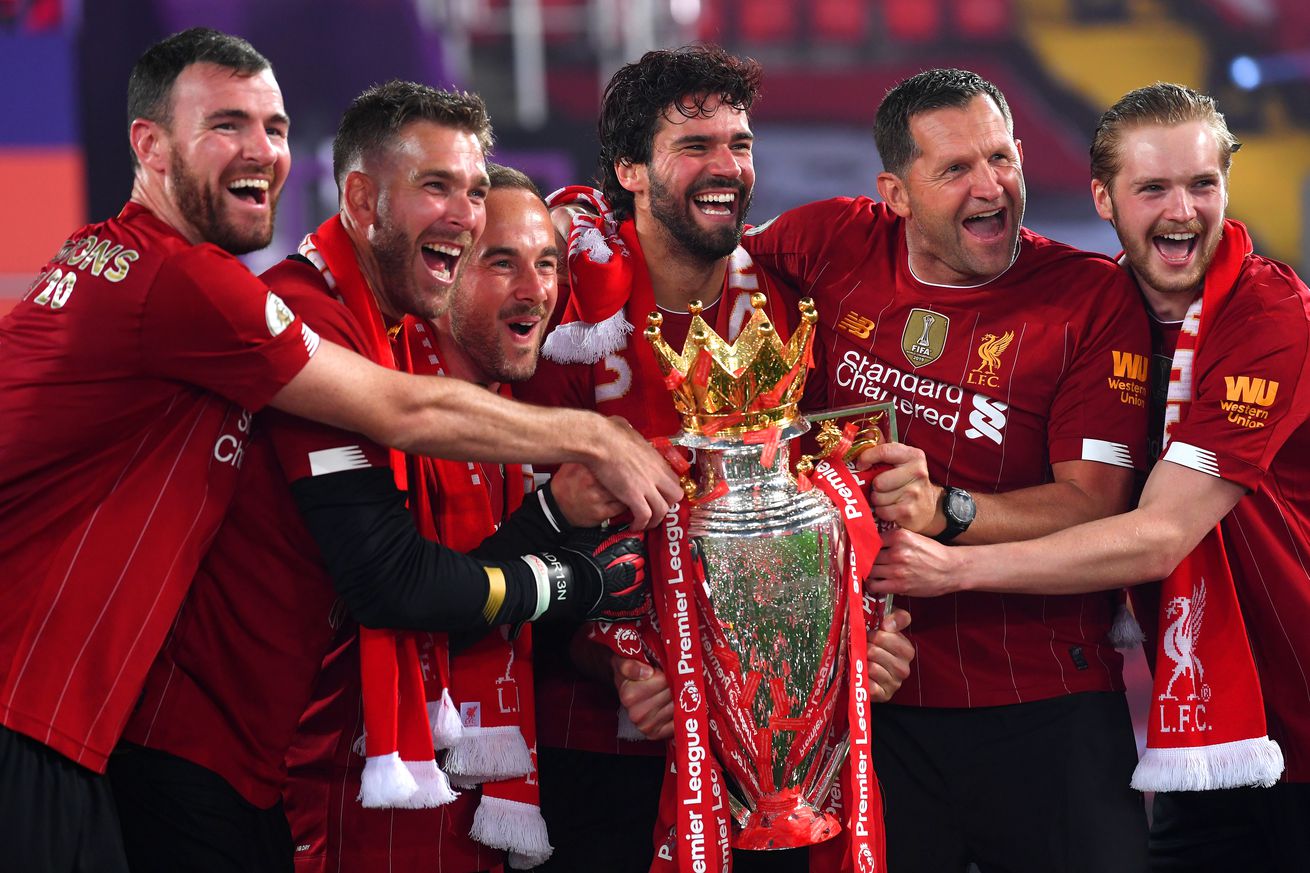 Andy Lonergan has had a fun year.

Ok, he hasn’t played any football. And, being a footballer, he probably enjoys playing football. But come on. He’s been there when Liverpool won the title after years of playing in the lower leagues. He’s in it.

And he seemed to have enjoyed it.

“I couldn’t believe the quality throughout the squad. It was absolutely frightening. Obviously you have your superstars but you have the other players who don’t get the praise that they should.

“I think the biggest struggle I had coming to Liverpool was playing out with a football from the back.

“If you look back over my career, most of my managers have been so-called long-ball merchants. I was just putting the ball down and kicking it as far as I could.

“The transition to playing six-yard passes inside my six-yard box, that was what I was worried about the most. The first few sessions I might have got tackled or given the ball away but you’ve got to improve.

“I feel now I feel I’m pretty comfortable playing that role. We work on it everyday anyway, but that was the old dog’s learnt a new trick. I can play out from the back now I think!”

Much praise came for his colleagues in goal, too.

“It’s common for people to say, ‘The goalie had nothing to do,’ but Alisson makes it that way”, Lonergan added. “The way he controls his defence.

“The hardest thing for a goalkeeper is having nothing to do because your lesser goalkeepers will start looking for stuff, coming out for balls aren’t theirs, trying to make an impact on the game.

“But Ali is flawless. He is by far the best goalkeeper in the world and I won’t have anyone ever tell me any differently.”

Look, Andy Lonergan is not going to play for Liverpool next season. Most of you will probably forget he was ever here. But those who know, know. He was there.