Alisson Becker “Even Better Than You Think” According to Andy Lonergan 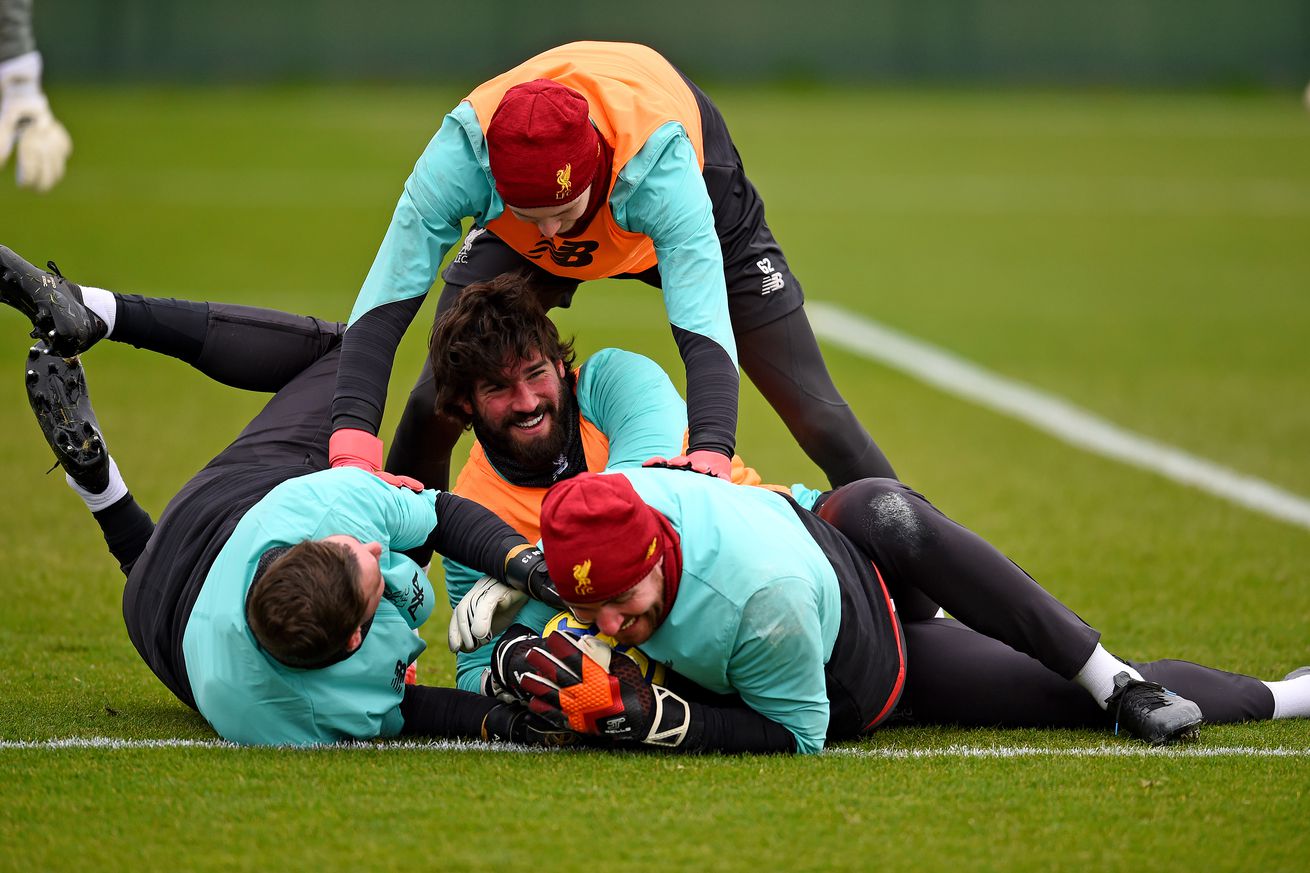 The backup shot stopper is happy to be back in training, and singing the praises of Liverpool’s #1.

It’s fair to say that Andy Lonergan has had a journeyman’s career. At 36 year’s old, he’s now at his 13th club, having never played a minute of Premier League football. (Perhaps something to address after wrapping up the league, eh Jurgen?) The point is, he’s seen a lot.

He was brought to Liverpool as an emergency backup for Adrian after Alisson Becker sustained an injury in the first match. Before he knew it, he was on the bench in a UEFA Super Cup, and picking up a medal at the end of the day.

After Alisson and Caoimhín Kelleher returned from injury, Lonergan was relegated to 4th choice keeper. Regardless, it gave him a good from which to view one of the best keepers in the world.

“Me and Kirky [Chris Kirkland] speak about him with other goalkeepers and I say ‘However good you think he is, he is better than that’,” Lonergan said of Alisson in an interview with LFCTV.

“You watch him on a Saturday or in the Champions League and you think he is brilliant, but there’s just so much more to it than that. He’s technically the best.

“Everything he does is the best but his mentality and his sort of calmness… I can’t put into words how good he is. It’s just a joy to be part of the squad that he’s involved in.”

The Goalkeeping Union is strong at Liverpool. Lonergan’s comments seem to be coming from a place of genuine admiration from the veteran. It is even more evidence of a good atmosphere throughout the squad, even from those far down the pecking order.

Lonergan also spoke about the safety procedures to prevent the spread of COVID-19 as the players return from training.

“It’s been brilliant. It’s obviously strange with the procedures that you have to go through to get on to the training pitch, but once you are on the pitch as goalkeepers you are working at a distance and it’s safe enough anyway so it’s back to normal. No settling in period, just straight into it.”

Although some players have publicly come out against Project Restart—and there are surely others with private reservations—Lonergan seems to be happy to be back at work, and impressed by the work being done by the Liverpool staff in order to keep the players safe.